During the 1960s, in which girl groups were at their height, there was nothing quite like “Egyptian Shumba” by the Pennsylvania-based group The Tammys. In Episode 7 of In Loving Recollection, sisters Gretchen and Cathy Owens tell the story of the three singles they recorded with their classmate Linda Jones for United Artists Records. Reminiscing about their relationship with friend and mentor Lou Christie, the sisters also speak of their time in the recording studio and how their shrieking and howling caused the musicians to stop playing.

For more on The Tammys, visit keepkey.yochanan.net/tammys.htm

Jackson, Mississippi’s Tim Lee and Bobby Sutliff recorded jangly power pop under the name the Windbreakers during the heyday of 80s college radio. In Episode 6 of In Loving Recollection, Lee tells the story of their 1985 record Terminal. Speaking on the events that led to the album’s creation, Lee touches on working with legendary producer Mitch Easter ( R.E.M, Let’s Active, Pavement) and how the isolation of Mississippi caused the band to create their own scene.

Austin-based songwriter Caroline Sallee makes wistful and dreamy indie rock under the moniker Caroline Says. In Episode 5 of In Loving Recollection, the Alabama native delves into the making of her 2018 record No Fool Like an Old Fool speaking on her method of writing and recording songs simultaneously and her penchant for re-conceptualizing pieces of culture.

For more info on Caroline Says, visit carolinesays.bandcamp.com or westernvinyl.com

Athens, Georgia in the mid to late 90s boasted an exceptionally strong music scene, and one of the great bands to emerge from that time was kincaid.. Episode 4 of In Loving Recollections explores the making of kincaid.’s 1999 record Super Hawaii. As told by through the memories of kincaid.’s Greg Harmelink, Dan Geller, Ryan Lewis, and Sean Rawls, the episode touches on the beginnings of Kindercore Records and how seeing a particular speed boat while out on tour influenced much of the record’s lyrical content.

Multi-instrumentalist and all around creative spirit John Andrews (Woods, Hand Habits, Cut Worms) tells the story of his 2017 record Bad Posture in Episode 3 of In Loving Recollection. Recorded with his “band” the Yawns, Andrews details the experiences that led to the making of his 2nd album including his move from Pennsylvania to a New Hampshire farmhouse as well as the freedoms and challenges that come with the life of an independent artist.

Episode 2 of In Loving Recollection tells the story of Clem Snide’s 2000 record Your Favorite Music. Singer and songwriter Eef Barzelay recounts the circumstances that influenced the writing and recording of the album, touching on how New Jersey inspired much of the record’s lyrical content and the thrill of signing with music industry legend Seymour Stein. 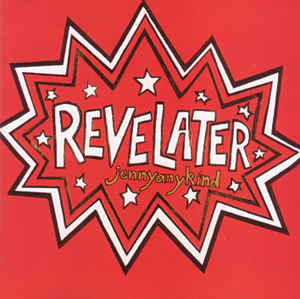 For the first episode of In Loving Recollection, Michael Holland of the North Carolina band Jennyanykind tells the story of their 1996 record Revelater. Speaking on the elements and events that inspired the album’s creation, Holland also touches the band’s experience working with noted producer Dave Fridmann (The Flaming Lips, Mercury Rev, Spoon) and their short foray into the major label system.

For more information on Jennyanykind and the Holland Brothers visit https://euramericansoul.com/

A podcast in which each episode explores the making of a specific record.